Are you living your creative dream? Ever wondered what it takes to live your dream? The first step is the most straightforward action ever, but one we very rarely do. It’s called a Creative Action Plan.

I will explain, but first, a little background about me.

It’s pretty fair to say that what I wanted to be when I grew up, was a performer.

At ten years old, I wrote my first song, penned with heartfelt emotion about Michael J Fox & how dangerous it was to fall in love with a movie star because you’ll never meet them & that’s guaranteed heartbreak & disappointment!

I also put on a show for every man & his dog at the drop of a hat. However, I never once stopped to think about HOW I would end up being a performer. One that would be shoulder to shoulder with Whitney at the Grammy’s, but I knew that was my dream.

I assumed that performing every day; I would end up being a superstar. Right?

Along with the regular performing, I was a daily list maker. I would write down EVERYTHING I wanted to do in the day. (I still have some of my diaries & journals from when I was a pre-teen & it makes for some interesting reading!)

The list making, I now realise, was an act that helped me manage my fledgling monkey mind.

A monkey mind is one that is consistently on the move, hopping from one idea to the next, one thought to another & scattered but very inspired! It seems to be a default setting for most creatives & can be a blessing & a curse at times!

To this day, I still write down everything in my head on an hourly basis (both on paper & digitally).

Now that I’ve been around the block a few times, I also try to look a little further ahead to try to envision what the end goals might be & reverse engineer the steps that I need to take to get there.

At this time of year I make time to reflect on the year that has been (did I get ANYTHING done?!) & come up with a kick-ass plan for the year ahead.

1. What is a Creative Action Plan?

A Creative Action Plan has a few fundamental questions that will help you to get clear on what you are doing (monkey mind temporarily subdued!) & where you would like to go – your goals for your singing or music!

As a creative, there will always be millions of ideas floating around in your head on any one day (am I right?).

How do we pull it all together to make sense of it long enough to write a song, make some art or in my case, for my biz, create resources that help singers get confident in their vocal ability & artistry as a whole?

An Action Plan is the SOLUTION. If you know where you are going or what you need to do, you can figure out the best way to get there in the most efficient way possible.

2. Why do you need a Creative Action Plan?

You need a plan because it’s your GPS or road map to your success as an artist – WHATEVER that looks like to you. It’s natural to feel overwhelmed when approaching this type of planning.

Let’s be completely honest, it’s not a skill that many music artists possess, but it can be developed & is super helpful in getting rid of the overwhelm & the “who am I, what am I doing & where the heck am I going” thoughts.

More importantly, it is going to save you TIME! Something that we don’t always have a lot of as artists.

If you are developing yourself as an artist, you will be doing a million different things solo, before a manager or any other support systems come along.

Don’t waste your precious creative time fumbling around feeling overwhelmed. If you just want to make music & don’t like the logistics or marketing, make a plan of what you need to do, what you can outsource & how to make that happen.

3. How do you make a Creative Action Plan for yourself?

Grab my Creative Action Planning worksheet & watch the masterclass “How to set & smash your singing goals” that’ll show you how.

I’ve taken all of November off from blogging or posting to do this myself, so I will let you see what my plans are & some ways to help stay on track from day to day.

It’s a lot to take on board & that’s why I am spreading it all out over the next two weeks, with a few daily reminders in the social hubs (BNGV Facebook Page & Instagram), to help keep you on track.

If you tackle it now, before the silly season hits, you can enjoy the festivities with a clear head (mostly!) & hit the ground running in 2018!

I promised to end the post with a plot twist…well; I had a co-writer of my MJF ballad, my cousin Wendy.

She was ADAMANT that I was a fool to be in love with a movie star (hence the song) as I would NEVER meet him.
Being in Auckland in the 80’s seemed impossibly far away from Hollywood, but I stuck to my guns & said to her, “I WILL meet MJF, just you watch!”

Sure enough, some 15 years later, while living in Wellington, I shared oxygen with MJF, & I said “hello” to him, in the flesh, albeit at a hospital where we were both having rehab for injuries…

It was hardly romantic & my love for him had faded by then, but you better believe I pulled my brick of a cellphone out & called my cousin to gloat…

Daily Habits for Better Singing: Own Your Singer Identity, Create Space and Time For Practice 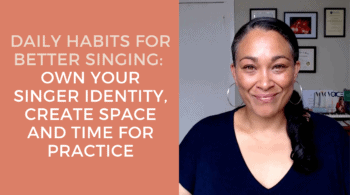 Daily Habits for Better Singing: Own Your Singer Identity, Create Space and Time For Practice 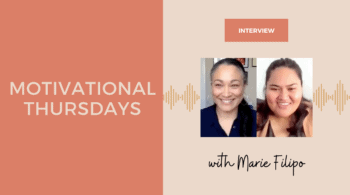 How To Set And SMASH Your Singing Goals

How To Set And SMASH Your Singing Goals

How to Develop Confidence as a Singer 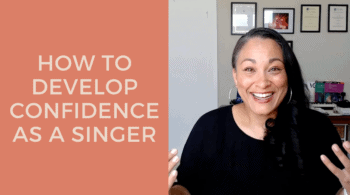 How to Develop Confidence as a Singer

This site uses Akismet to reduce spam. Learn how your comment data is processed.